What Am I Doing Here? 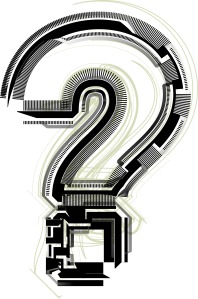 It’s been quite awhile since I have written for my blog. This post is going to be more of a journal entry than a blog per se. Because of that, it may offer very scattered thoughts but I hope that in sharing, it will help me process thoughts and help anyone else that may be in the same place in life.

I think many of us, if not most of us, at some time in our lives ask the question “What am I doing here?” Maybe the question relates to a job, a relationship, or the result of a decision made. But it is a very real question. As a Christian, the typical answer is something along the lines of “I am fulfilling the call that God has for my life, which is to live for and glorify Him in all that I do.” And I would answer that way too. But it doesn’t directly address the practical ups and downs we experience (or better said, not what I am currently experiencing).

For those that know me, whether personally or through some social media channel, have seen and heard a myriad of emotions come from me over the last couple of years. There have been words of defeat as I lost a job, lost a house, and was beaten by specific situations. There have been words of victory as I started a new business, was blessed with an amazing new home, and claimed the win during many of life’s challenges. Somewhere in there, a balance needs to be found. Unfortunately, imbalance remains and it leans towards struggle and defeat. I’m not bipolar and I don’t (typically) struggle with depression, but this season of life has brought about those types of feelings.

The easy fix to defeat is achieving new victory but shaking off the defeat can be challenging, especially when the defeats come more frequently than hoped. Being hurt by someone personally, whether it was meant to be “constructive” or just downright vindictive, can leave marks that take much too long to heal. When multiple things pile on at the same time, it brings about a discouragement that I am not used to and don’t deal with well.

I trust in a sovereign God that is in control of every little thing, down to the very breath I take. And maybe at times, that makes the struggle even harder to deal with. I know God’s end-goal but I am not excited about the path. I find myself regularly asking the question, “What am I doing here?” as well as “How much more of this can I actually handle?”

There is a band I really love called “Citizens” that recorded a song called “I Am Living in the Land of Death.” I have held onto a few particular lines in the song:

So here I am. I (think I) see a light beyond this season. I fear the path to get there. I question every role I am in, every place I stand, and in some ways every word I speak. I hate feeling this way and I am ready for this season of life to be over! I turn to the word of God and trust verses like this:

Therefore, since we are surrounded by so great a cloud of witnesses, let us also lay aside every weight, and sin which clings so closely, and let us run with endurance the race that is set before us, looking to Jesus, the founder and perfecter of our faith, who for the joy that was set before him endured the cross, despising the shame, and is seated at the right hand of the throne of God. Consider him who endured from sinners such hostility against himself, so that you may not grow weary or fainthearted. In your struggle against sin you have not yet resisted to the point of shedding your blood.
Hebrews 12:1-4

So what am I doing here? I’ll have to get back to you on that one!

It was a crucial point in the ministry of Jesus. The man of ultimate betrayal, Judas, was about to be outed. But he isn’t the only one who has committed such sin. We too, every time we commit sin, are betraying God.

After saying these things, Jesus was troubled in his spirit, and testified, “Truly, truly, I say to you, one of you will betray me.” John 13:21

Jesus answered, “It is he to whom I will give this morsel of bread when I have dipped it.” So when he had dipped the morsel, he gave it to Judas, the son of Simon Iscariot. Then after he had taken the morsel, Satan entered into him. Jesus said to him, “What you are going to do, do quickly.” John 13:26-27

Every person in this world is tempted with sin from Satan. For some of us, the temptation is great and the sins we commit are publicly destructive. These can be things such as sexual immorality, abuse, or drunkenness. For others, they are much more slight. These can be things such as lying, cheating on taxes (or a test), or watching pornography. Sins come in many shapes and sizes but in all them, we are betraying the God that loves us so much he sent his own Son down to this earth to die in our place.

“Sins come in many shapes and sizes…”

Judas was tempted to betray Jesus with just a small amount of money. But that was the temptation, not the sin. The sin was not committed until later when he actual turned Jesus over to the men seeking to arrest him. Now you can argue (which I would probably agree with) that once Judas’ plot to turn Jesus in became his intent, that was probably a sin. But, the real turning point was in John 13: 27 above. At the point Satan entered Judas, there was no turning back.

We are presented with temptation all day, every day. This comes as imagery, past desire, other people that are bad influencers, and so much more. If you are not a Christian, ultimately you have no power to deny Satan (and the sin) because he is the ruler of this world (see 2 Cor 4:4). That doesn’t mean you can’t and won’t deny sin, it just means that Satan has ultimate control and his desire is to see you sin against God and others.

If you are a Christian, you are faced with the same types of temptations as everyone else. You may try to avoid them by taking yourself out of specific environments or remove them from your life because that’s the “Christian thing to do” but those things are man-powered and as you saw in the paragraph above, man-powered only lasts so often and so long. But! BUT! You have the ability to deny Satan and deny the temptation before you sin, not because of who you are but because of what Jesus has done and what he has made you to be. This is a massive, and often times overlooked part of the victory Jesus Christ accomplished on the cross. The cross just wasn’t for the forgiveness of sins (though that alone would have been amazing), but the power to overcome them and deny them before they even happen.

Because of Jesus’ victory on the cross, victory is yours too!

So what am I saying? Here are a few takeaways that I would love you to read through and pray over:

If you are not a Christian

If you are a Christian

I didn’t intend to write this blog today but as I was reading Scripture and praying through it in my own life, I think it just had to be said. I have some great friends struggling in some of these areas and it hurts me so bad to see them like this. And if you are reading this post and struggling, it hurts me to know it too.

I was recently listening to a message from a great pastor out of Arizona and he said something that I wanted to share as well as add to. His statement was…“God will accomplish what He wants regardless of what you do. The question is, do you want to be a part of it or not?“

The first part is something we as Christians should all believe. God being sovereign means He is in control of everything. But the second is where we struggle. Not with belief, but with application.

How often do we watch the World Series, the Super Bowl or the Grammys and think “Man I wish I could do that at that level.” But most of us are stuck watching instead of participating. Witnessing a great play or the winning putt is awesome but it’s just not the same as actually doing it.

The invitation has been given. The victory WILL happen. My question to you
is…
Are you coming out to play?